Power in numbers and distributed organising

Learn how #StopAdani, one of the biggest grassroots climate networks in Australia’s history, is using SupporterBase to amplify their impact. 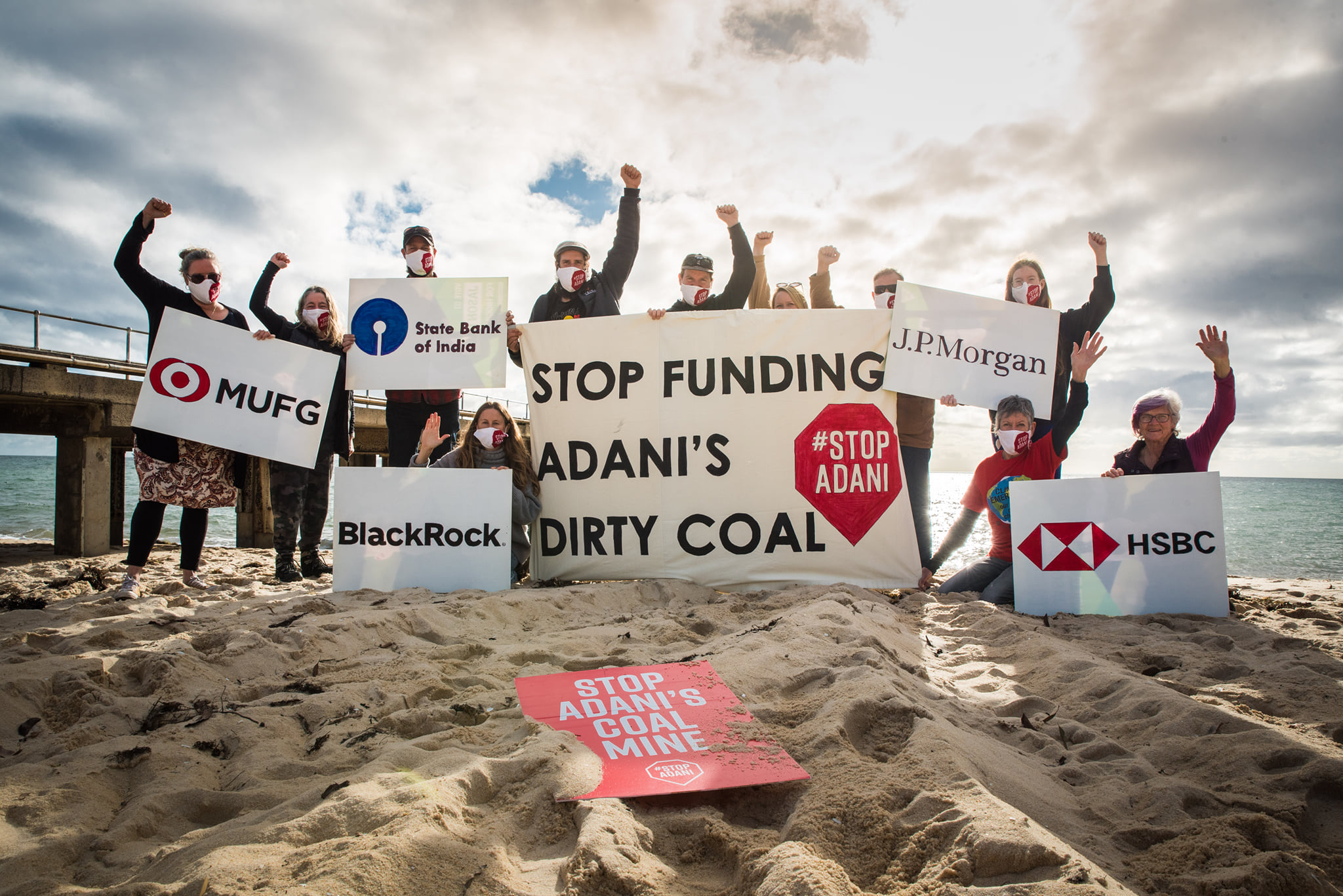 SupporterBase is a powerful organising tool developed by our team of digital experts. Over the past decade, our team has worked closely with brilliant and dedicated campaign staff and even the well-staffed organisations recognised it takes extra support to achieve long lasting change. This is why, around the world, leading campaigners turned to distributed organising - building sustainable grassroots networks and amplifying their impact by empowering volunteers to take on leadership roles at the local level. Our team developed the custom digital tools these organisations use to empower their volunteers, and we decided we wanted to make this powerful organising approach more accessible to progressive everywhere.

#StopAdani is a movement aimed at preventing the mining giant, Adani (recently rebranded “Bravus”), from digging the biggest coal mine in Australia’s history. The effects of building this mine would be devastating to Australia’s natural environment; destroying Wangan & Jagalingou ancestral lands and waters, driving excess marine traffic through the Great Barrier Reef World Heritage Area every year, draining Queensland’s groundwater resources, and adding billions of tonnes of carbon pollution to our atmosphere.

#StopAdani is driven largely by a grassroots network of over 70 local groups taking action in their communities, and climate action advocates from all across the world are also now starting to join the movement.

#StopAdani is made up of thousands of individuals and community groups across Australia - passionate people working together for positive change. The challenge the campaign team faced was cohesively and effectively organising the efforts of these volunteers to scale up the movement to achieve their goals. The team already used NationBuilder for their main website and CRM, but had volunteer leaders and groups tracking their activities across copious spreadsheets. Consistent, sustainable data management and reporting was a challenge, it was difficult to know who had done what and when, and volunteer leaders were not empowered with the communications and contact management tools they needed to fully engage with supporters.

The #StopAdani organising team recognised they needed outside help to scale their operations and the wider movement to reach their goals, and engaged us to implement SupporterBase. Digital Campaigner and Organiser for the #StopAdani campaign, Aimee Bull-McMahon, said they’ve seen a huge increase in campaign activity since adopting SupporterBase, as it allows them to run a higher number of campaign actions with far more people than ever before.

Earlier this year, #StopAdani hosted the #StopAdani Roadshow, visiting Brisbane, Sydney, Melbourne and regional centres across Australia, and broadcasted the events live via Zoom. Having successfully influenced 100 major companies to stop investing in Adani’s coal mine, they were determined to pressure the remaining biggest investment companies to follow suit, and they were using the roadshow as a platform to grow their following, featuring inspiring speakers, providing updates on what’s happening with the coal mine and sharing their plan to stop it.

At the Roadshow events, #StopAdani used SupporterBase to support and scale a highly successful barnstorm process, resulting in 108 leaders stepping up to host their own campaign events as part of an upcoming week of action.

For many of the action hosts, this was their first time running virtual and in-person events. They were supported by a team of national volunteer leaders who, using SupporterBase, were able to engage with these action hosts and guide them through the process of running a successful event. As a result, #StopAdani reported they were able to achieve all of their pre-roadshow engagement goals:

Bull-McMahon was overwhelmed with the success of this new approach, explaining that previously, they simply would not have had the capacity to attempt support calls with 100% of event hosts. This was also the first time they were able to track how many actions actually happened. Bull-McMahon said that volunteer leaders were thrilled to be able to see the numbers and understand clearly what their impact was - this kind of positive reporting inspires continued involvement in the movement.

Having only been adopted recently, SupporterBase has already played an important role in helping scale up the #StopAdani movement.

“SupporterBase has enabled us to empower a team of volunteers to support hundreds of local leaders to host their own campaign events, many for the very first time! This has massively scaled up our grassroots campaign to pressure some of the biggest investment companies in the world to stop funding Adani’s coal, helping us deliver 100+ actions in just one week,” says Bull-McMahon.

“Volunteers with limited technical experience have found SupporterBase easy and intuitive to use. The team at Code Nation supported us the whole way — set-up was smooth, there’s heaps of useful documentation at our fingertips, and they’ve worked with us to customise the platform to deliver on our unique organising goals.”

We asked Bull-McMahon what advice she would give to an organisation considering using SupporterBase to help organise and grow their movement.

She said having a very a clear organising plan before implementing SupporterBase was important to #StopAdani’s success (a lesson we wholeheartedly endorse in all digital organising contexts!). She also acknowledged that adopting a new platform like SupporterBase as part of your organising processes does require you to invest time and resources, but at the end of the day, when you see such dramatic results which take you closer to reaching your movement’s goals, it’s well worth it.

How SupporterBase integrates with NationBuilder to supercharge community organising