Learn how Environment Victoria is using SupporterBase to amplify their impact. 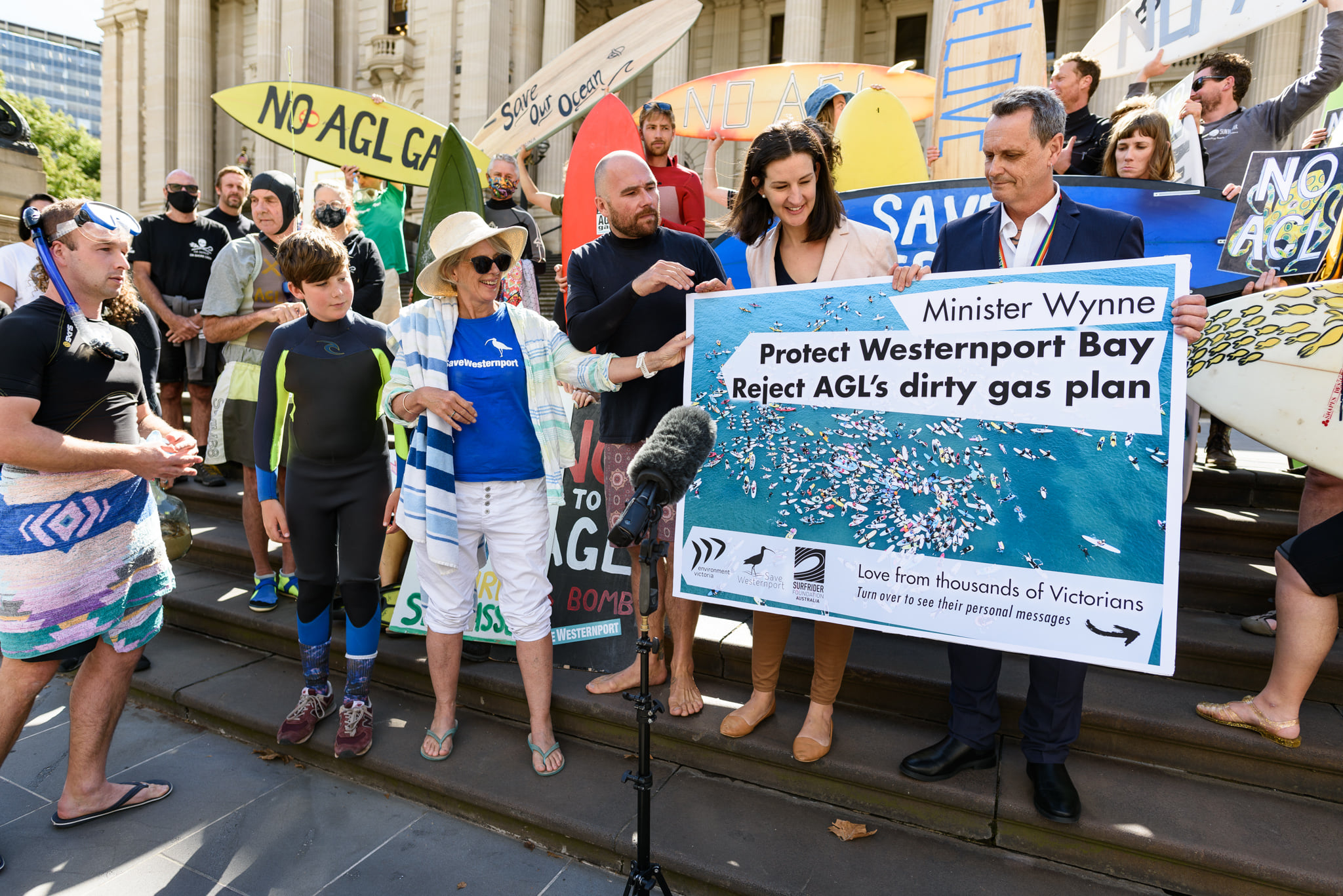 SupporterBase is a powerful organising tool developed by our team of digital experts. Over the past decade, our team has worked closely with brilliant and dedicated campaign staff and even the well-staffed organisations recognised it takes extra support to achieve long lasting change. This is why, around the world, leading campaigners turned to distributed organising - building sustainable grassroots networks and amplifying their impact by empowering volunteers to take on leadership roles at the local level. Our team developed the custom digital tools these organisations use to empower their volunteers, and we decided we wanted to make this powerful organising approach more accessible to progressive everywhere.

Environment Victoria is using SupporterBase to better organise their well-established community of volunteers and we spoke with their Community Organiser, Victor Komarovsky, to learn how.

Environment Victoria is an independent charity, funded by donations. Established in 1969, Environment Victoria has grown into a community of 40 grassroots member groups and more than 100,000 individual supporters. They are campaigning to solve the climate crisis and build a thriving, sustainable society that protects and values nature.

Environment Victoria has been active for over five decades but has recently increased its focus on organising. With such an established organisation comes the challenge of introducing volunteers to new technology or ways of doing things. Environment Victoria’s organising team had already tried training their volunteers to use existing CRM systems but they found them overwhelming and hard to understand. Over time, less and less volunteers were adopting these systems and this limited the grassroots leaders’ effectiveness. It became obvious to the organising team that they needed a platform that was more straightforward, while still allowing volunteers to access all the information necessary to effectively manage and execute their groups’ activities.

Save Westernport was the first group within Environment Victoria to incorporate SupporterBase into their organising strategy. They were campaigning to stop AGL from installing a polluting gas import terminal at Crib Point, in Westernport Bay (Australia), a plan that would’ve had devastating effects on the local environment, landowners, agricultural land and businesses. Initially, SupporterBase was introduced to the group as their new newsletter distribution and data sharing system platform. Throughout the campaign, volunteers realised the power of using SupporterBase’s SMS tool to confirm RSVPs for events and coordinate recruitment activities. According to Komarovsky, SupporterBase simplified the learning that was required of volunteer users, solved access issues and empowered them to take action themselves and send regular updates to get the message out, resulting in a hugely successful campaign. In March 2021, it was announced that corporate giant AGL’s application to develop a gas import terminal and pipeline at Crib Point would not be approved on environmental grounds. Save Westernport celebrated this huge win and still continues to use Supporterbase to manage and communicate with their database of members and supporters.

Off the back of Save Westernport’s success with SupporterBase, Environment Victoria began rolling it out more widely and are now using it to coordinate a workshop series which is part of a large new organising program, developed to identify and train volunteer leaders in the Environment Victoria community. Using SupporterBase, two core volunteers alone at Environment Victoria have managed to conduct a detailed project of communications and follow-ups for the workshop series, including emails, confirmation calls and SMS. Of the 160 volunteers invited to the workshop series, 130 people attended the first session, with 110 people returning for the second session, and to date they’ve retained more than 80% of the workshop RSVPs. The organising team were delighted with this low attrition rate considering the nature of the voluntary work and time commitment. Komarovsky explained that being able to track that level of outreach and the effort invested by the interns has been really profound for them and even more so as this hard work translated to the volunteers actually showing up to the events. The goal for these workshops is to end up with a small group of committed volunteers who will be trained to set up and manage their own local groups across Victoria using SupporterBase.

“At Environment Victoria we use SupporterBase to offer tangible and meaningful support to our grassroots groups and partner organisations. That translates to being a credible organising-led NGO. But more importantly, it paves the way for big wins! Working closely with the local organisation Save Westernport, we were recently able to stop a destructive gas project in precious wetlands. SupporterBase was a foundation of our partnership with Save Westernport, as it allowed us to support them to build an engaged list, learn new organising tactics, and to share data between the two organisations for maximum breadth and depth of engagement,” says Komarovsky.

“Launching SupporterBase was an experiment for us, and one that was well supported by the team at Code Nation. Not only have they always been quick to respond to requests, but they feel like colleagues who share our goals. The trust we have makes everything easy.”

We asked Komarovsky what advice he would give to an organisation considering using SupporterBase to help organise and grow their movement.

He attributes the successful rollout of SupporterBase across Environment Victoria’s broader organising activities to the pivotal role it initially played in the Save Westernport campaign. The Save Westernport campaign had a clearly defined scope and purpose, and therefore served as a useful early test case and example of SupporterBase’s utility. He also believes that it is important for organising teams to make an ongoing effort to help volunteers realise where their power begins. Educating volunteers on the impact they are making through this model of distributed organising, will in turn empower them and inspire them to persevere.

How SupporterBase integrates with NationBuilder to supercharge community organising